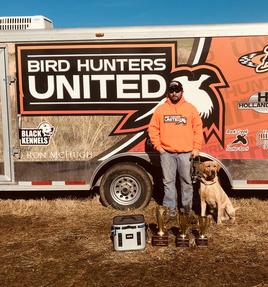 Turbo is a pup out of our kennel.  He is owned and handled by my nephew Clint.  He weighs in at around 75 lbs.   He has a beautiful point and is very easy to read in the field.  He is a great family dog and enjoys retrieving anything thrown for him.  He is available for stud currently.  He will be turning 3 March 2020.   Turbo has put on a show for people during his trials.  Turbo has ran many runs in BHU.  Turbo was not even 2 when he placed 2nd at Oklahoma State Trial and took 1st at the BHU Nationals during his first year of competition trial running. 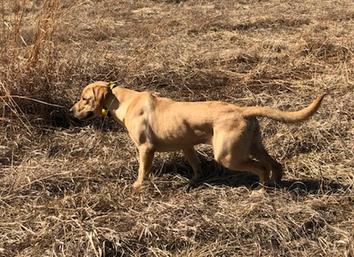 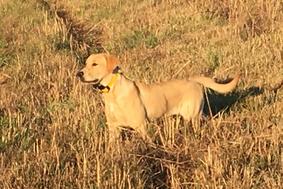 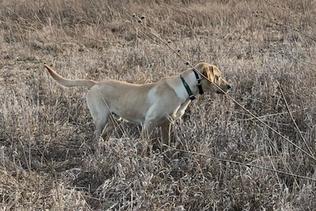